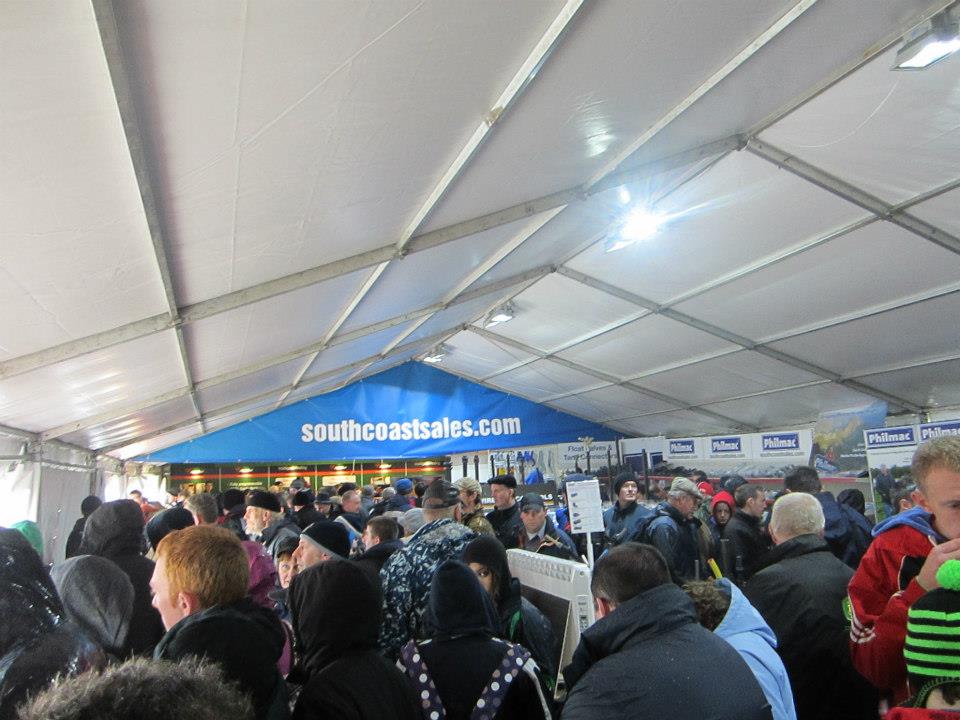 The run up to the 2012 National Ploughing Championship was a very busy time here at SCS. This year would be our biggest year yet at the championships and we wanted to do it right.

We were like an army in our precision and attention to detail!!

After weeks of planning we finally set off on Monday the 24th in a convoy from Cork containing approx. 25 staff and numerous vehicles of various descriptions and went straight to the site to set everything up.  Everyone had a job to do. And they did it. Again, we were like a machine we were so organised. TV’s were set up around the stand all ready to show video clips of the various products in action. The heaters were set up, ready to show them at their best (and of course to keep the chill out of the air). We had lights everywhere, LED floodlights and spots in a specially made display case. We were very impressed with ourselves!!

It‘s just a shame the NPA hadn’t realised that we had confirmed we would need electricity for our stand!!!!  After the initial panic though, they sorted everything out and we were 100% ready for the 2012 National Ploughing Championships.

For this year’s championships we were displaying a vast range of our Philmac Fittings, High Flow float valves (RXP Valve) , Plumbing Products and our Brass Fittings range.  We also demonstrated our new Holesaw’s from ProFit , our exciting range of electric heaters from Farho, which are an alternative to storage heating and also a range of energy efficient LED lights.

Peter Kerstens from our Holesaw supplier ProFit travelled from Amsterdam and spent the three days doing demos on the product.  In fairness to him he always pulled a crowd, and anyone that may have been any way sceptical about the quality of the product at the beginning were blown away by the end of the demonstration!!!  They were amazed at the speed of the multi purpose  going  through wood,  the Dry Diamond going through porcelain and ceramic tiles, BUT their jaws dropped and they could only shake their heads in disbelief as the Endura Holesaw cut through RSJ with ease and ALL WITH ONLY A BATTERY DRILL!!  Peter not only demonstrated the products but also provided entertainment in doing so.  Over the course of the three days we had a lot of return visitors bringing friends or colleagues with them to see the Holesaw!   Our initial plan was not to sell any of the products at the show but was overrun with customers wanting to purchase there and then.

Lorna from our sales office using the ProFit Holesaw. 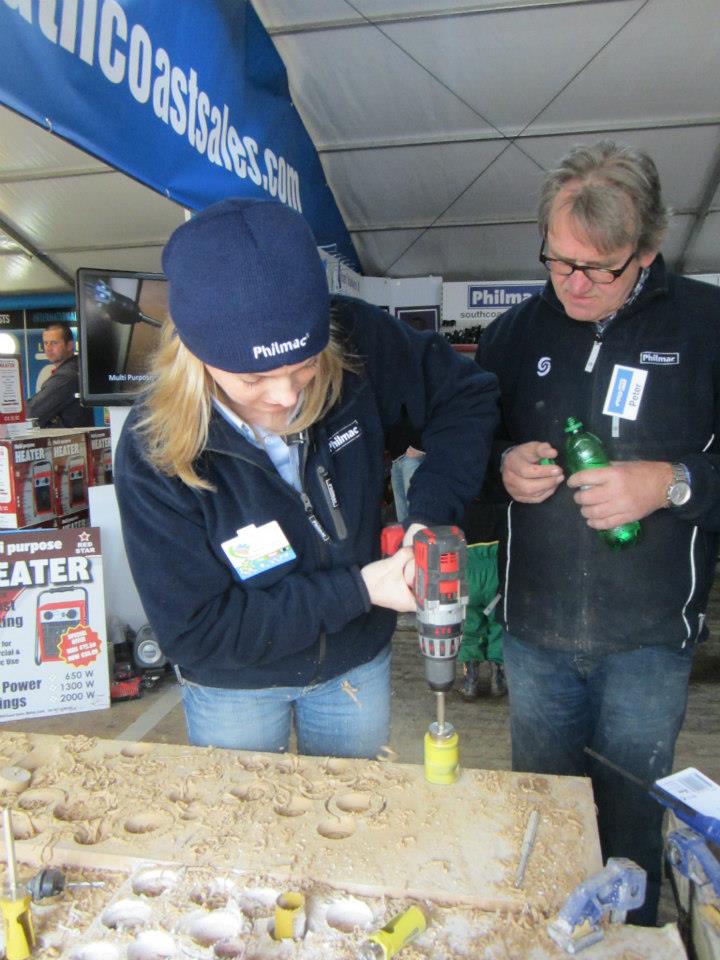 The weather may have been a bit of a downer for this year’s championships (and we won’t mention the traffic) but overall we had a very enjoyable and productive experience.   It was a long 3 days and although we were fairly tired by the end of it, we were thrilled with the response we got and we want to thank everyone who visited our stand, and for those who couldn’t make it, well, we hope to see ye all next year!!

How to set up Remote Management for Farho heating

Farho Electric Heaters – Heat where you want, when you want , at a price...
Scroll to top

This site uses cookies. By continuing to browse the site, you are agreeing to our use of cookies.

We may request cookies to be set on your device. We use cookies to let us know when you visit our websites, how you interact with us, to enrich your user experience, and to customize your relationship with our website.

Click on the different category headings to find out more. You can also change some of your preferences. Note that blocking some types of cookies may impact your experience on our websites and the services we are able to offer.

These cookies are strictly necessary to provide you with services available through our website and to use some of its features.

Because these cookies are strictly necessary to deliver the website, refuseing them will have impact how our site functions. You always can block or delete cookies by changing your browser settings and force blocking all cookies on this website. But this will always prompt you to accept/refuse cookies when revisiting our site.

We fully respect if you want to refuse cookies but to avoid asking you again and again kindly allow us to store a cookie for that. You are free to opt out any time or opt in for other cookies to get a better experience. If you refuse cookies we will remove all set cookies in our domain.

We provide you with a list of stored cookies on your computer in our domain so you can check what we stored. Due to security reasons we are not able to show or modify cookies from other domains. You can check these in your browser security settings.

We also use different external services like Google Webfonts, Google Maps, and external Video providers. Since these providers may collect personal data like your IP address we allow you to block them here. Please be aware that this might heavily reduce the functionality and appearance of our site. Changes will take effect once you reload the page.